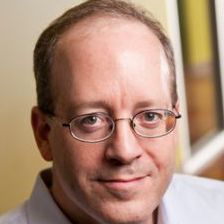 Professor of Electrical and Computer Engineering

Lawrence Carin earned the BS, MS, and PhD degrees in electrical engineering at the University of Maryland, College Park, in 1985, 1986, and 1989, respectively. In 1989 he joined the Electrical Engineering Department at Polytechnic University (Brooklyn) as an Assistant Professor, and became an Associate Professor there in 1994. In September 1995 he joined the Electrical Engineering Department at Duke University, where he is now a Professor, and Vice Provost for Research. From 2003-2014 he held the William H. Younger Distinguished Professorship, and he was ECE Department Chair from 2011-2014. Dr Carin’s early research was in the area of electromagentics and sensing, and over the last ten years his research has moved to applied statistics and machine learning. He has recently served on the Program Committee for the following machine learning conferences: International Conf. on Machine Learning (ICML), Neural and Information Processing Systems (NIPS), Artificial Intelligence and Statistics (AISTATS), and Uncertainty in Artificial Intelligence (UAI). He was previously an Associate Editor of the IEEE Trans. on Antennas and Propagation, and he is currently an Associate Editor for the IEEE Trans. on Signal Processing and the SIAM J. of Imaging Science. He is an IEEE Fellow.