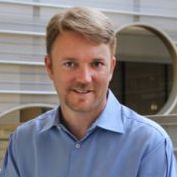 Professor in the Department of Electrical and Computer Engineering

Henry D. Pfister received his Ph.D. in electrical engineering in 2003 from the University of California, San Diego and is currently an associate professor in the Electrical and Computer Engineering Department of Duke University. Prior to that, he was a professor at Texas A&M University (2006-2014), a post-doctoral fellow at the Ecole Polytechnique Federale de Lausanne (2005-2006), and a senior engineer at Qualcomm Corporate R&D in San Diego (2003-2004).

He received the NSF Career Award in 2008 and a Texas A&M ECE Department Outstanding Professor Award in 2010. He is a coauthor of the 2007 IEEE COMSOC best paper in Signal Processing and Coding for Data Storage and a coauthor of a 2016 Symposium on the Theory of Computing (STOC) best paper. He served as an Associate Editor for the IEEE Transactions on Information Theory (2013-2016) and a Distinguished Lecturer of the IEEE Information Theory Society (2015-2016).