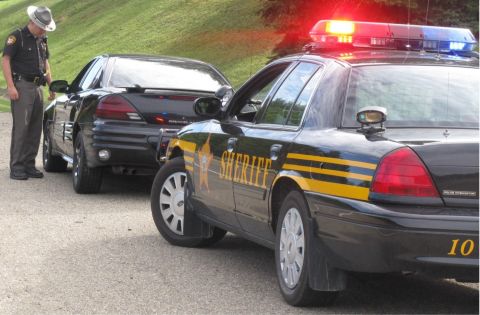 In this Data Expedition, Duke undergraduates were introduced to a real world traffic citation data set. Provided by Dr. Frank R. Baumgartner, a political scientist at UNC, the data consist of 15 years of traffic stops, with over 18 million observations of 53 variables. 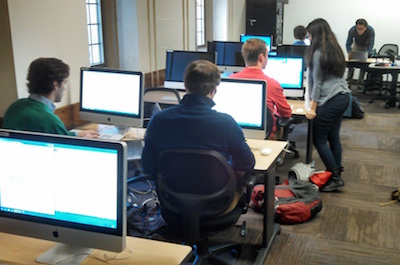 In particular, data were stored in 17 large .dta files, each containing a sizable number of stops from years spanning 2000 to 2014. Each file corresponds either to one of 14 counties in North Carolina, Highway Patrol, DMV (Division of Motor Vehicles), SHP Motor Carriers (State Highway Patrol), or Other. Using STATA, students navigated the .dta files, selecting one county to focus on for deeper analysis.

Each traffic stop within a .dta file consists of 53 variables, including details such as the age, race, and sex of the driver; the city in which the stop occurred; and whether a search occurred. However, some of the variables are irrelevant to many of the stops. For instance, one variable, ounces, tells the number of ounces of illicit contraband found in the vehicle. For most traditional stops this is not applicable. This naturally exposes the concept of conditional probability, so that information can be extracted from relevant subsets of data.

To guide exploration, students were prompted by a variety of questions, some very open ended. A few sample questions are provided below:

In summary, the questions required students to utilize basic probability and statistics, to visualize and explore data graphically, and to think critically about potential real-world problems that can be investigated.