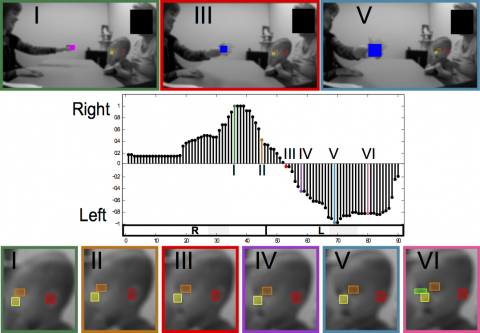 Imagine a world where we understand how to detect mental health and developmental problems in early childhood so that we can intervene early in life and prevent future suffering and impairment. This is a challenge that can only be addressed by an interdisciplinary team of computational people with child psychiatrists and neuroscientists who can integrate and mine knowledge from cross-cultural and global data.

With autism, anxiety, and other disorders on the rise, it is imperative that children be diagnosed and treated as early as possible. We are working on making diagnosis easier, cheaper, and more accurate. Our aim is to make diagnostic tools accessible to the general population, empowering children and caregivers.

Screening for Autism: There’s an App for That

Duke Today features Guillermo Sapiro and the team’s work on the “Autism & Beyond” app that resulted from iiD’s Information, Child Mental Health, and Society project.

Our autism app received more praise—this time for the collaborative effort that made it happen. Each year, Duke recognizes university and health system employees as Teamwork award winners for contributions to...

In the News: Autism App

Everybody’s talking about a new app developed by a team co-led by iiD’s Helen Egger and Guillermo Sapiro. Created in partnership with Apple, the free iOS app aims to learn...

A team of researchers and software developers from Duke University and the Duke Medical Center—co-led by iiD’s Helen Egger and Guillermo Sapiro—has introduced a free iOS app to learn more...

This article from The Atlantic on autism highlights Geraldine Dawson’s work on the Autism and Beyond mobile app.