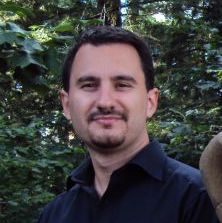 Johann Guilleminot joined Duke on July 1, 2017, as an assistant professor of civil and environmental engineering. Prior to that, he was an assistant professor in the Multiscale Modeling and Simulation Laboratory at Université Paris-Est in France. He earned an MS (2005) and PhD (2008) in Theoretical Mechanics from the University of Lille 1 – Science and Technology (France), and received his Habilitation (2014) in Mechanics from Université Paris-Est (Habilitation is the highest academic degree in France).

Dr. Guilleminot’s research focuses on uncertainty quantification, computational mechanics and materials science, as well as on topics at the interface between these fields. He is particularly interested in the multiscale analysis heterogeneous materials (including biological and engineered ones), homogenization theory, statistical inverse problems and stochastic modeling with applications for computational science and engineering.