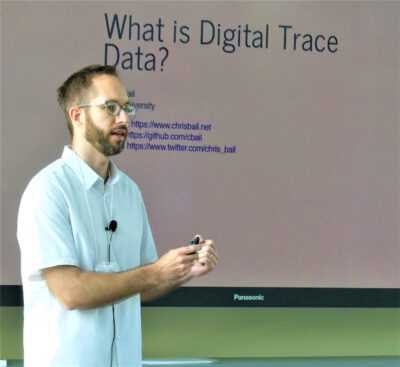 With generous funding from the Russell Sage Foundation and the Alfred P. Sloan Foundation and support from the Information Initiative, the institute brings 30 junior scholars to Duke University for two weeks of collaborative computational social science workshops, with a large number of other researchers following the live streamed lectures online. For the first time, seven partner institutes organized by alumni from the 2017 Summer Institute are concurrently running at Hunter College, New York University, Northwestern University, University of Cape Town, University of Colorado, University of Helsinki, and University of Washington. Chris Bail, Douglas and Ellen Lowey Associate Professor of Sociology and Public Policy at Duke, is the co-organizer of this year’s institute at Duke University, as well as one of the key speakers.

This unique training event provides junior social science researchers with an in depth look at the field of computational social science, allows them to connect with some of the most eminent scholars in the field on the visiting speaker list, and helps them think through which tools (such as the coding language R) will help them conduct their analyses. Over the course of the workshop, SICSS participants first learn about and then apply methods addressing issues ranging from how to gather data from social media platforms, to performing automated text analysis.

During Tuesday morning’s session, Professor Bail discussed how to use various programming and coding tools to pull out relevant information from complex data sources on the internet. Social scientists can substantially enhance their analytical capabilities by learning to use a programming language such as R which makes it possible to extract data gets generated when people use a website or social media platform. The participants also learned how to use the R programming language to process these data because such digital trace data is commonly lacking the structure found in conventional survey or interview data.

Dr. Bail addressed the many strengths and weaknesses of digital trace data, and the best ways to use it in research. Because internet data has limitations in terms of bias, representation of different populations, privacy concerns, confounding web algorithms, and other issues, researchers have to consider in what ways the data do and do not represent their population of interest. At the same time when given proper care, this data is invaluable in identifying larger societal trends, social relationships, and large-scale social processes hard to study with conventional social science methods. 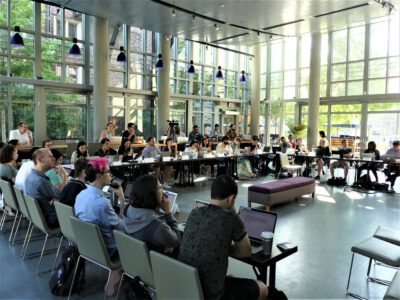 As one example of the many uses of computational social science methods, Dr. Bail presented a recently concluded study conducted at a large-scale on Twitter in which he, along with colleagues at Duke, New York University, and Princeton, made use of the data on observable behavior on Twitter (e.g. following, liking, retweeting) combined with conventional survey data to study how people’s opinions change when they encounter more diverse view points in their social media feed. The study found that conservatives exposed to opposing political views become substantially more conservative while liberals exposed to opposing views become only marginally more liberal. This finding contributes to a discussion between competing theories about opinion formation holding that exposure to diverse opinions can either lead to lower opinion polarization or conversely to backfire effects, where initial opinions are espoused even more strongly. Additionally, the study suggests that disrupting “echo chambers” on social media, where people only encounter information that support their existing views, might not be the solution to political polarization that some commentators suggest it is.

As a new wave of social scientists join the field, the analysis of digital trace data and the application of computational methods to study social phenomena will continue to provide unparalleled insights while posing distinct challenges to those who wish to engage in them. The Summer Institute in Computational Social Science works hard to teach participants about the challenges and rewards of using these and other kinds of data to understand ourselves and society at large. 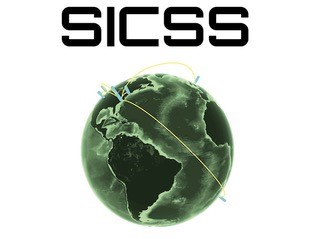